Businessmen are optimistic about measures and expect definitions 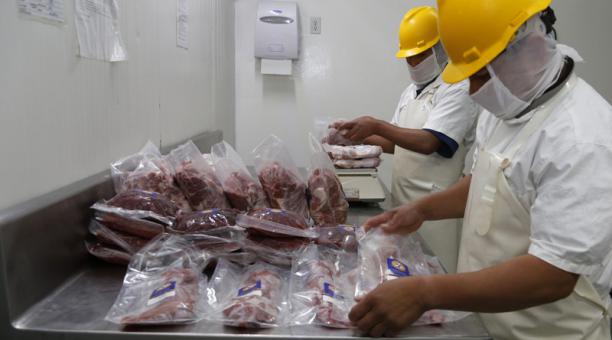 Of the 14 measures of the economic plan, presented this week by President Lenin Moreno, 11 focus on productive reactivation. The objective is “to strengthen the private sector as an engine of economic growth in close relationship with the public sector,” said the Head of State.

The business sector believes that the package of measures, in general, is a positive signal that offers a change of vision on the economic model. However, the increase in tariffs and the elimination of benefits such as the tax credit of the exit tax (ISD) are negative. Among the positive aspects is the gradual – although conditional – elimination of the ISD and the current calculation of the advance to income tax (IR).

Both decisions are incentives that will help the sector to have more liquidity, which will be reflected in higher production and employment, said Édison Romo, manager of the meat company Macafri. For this SME, the IR advance payment represents an annual disbursement of USD 10,000, which, once the measure is completed, can be invested in the company. The Minister of Finance, María Elsa Viteri, explained that this incentive will be applied for the fiscal year 2019. “It is a relief” for the companies, explained Xavier Bustos, manager of Cofrunat, which manufactures Coqueiros ice cream. But he believes that it is not enough, since the productive sector needs greater access to productive credits for investment.

This demand is also contemplated in the plan. The Head of State announced that he will send a reform to encourage the entry of international banks, which will finance productive investment credits.

A request from the export sector, which the Government accepted, is the return of the ISD and the drawback taxes and certificates of tax credit (CAT). This debt is pending from 2015. For Alejandro Martínez, executive president of the National Association of Producers and Exporters of Flowers of Ecuador (Expoflores), the announcement is positive, although the conditions of these incentives have yet to be defined.

The Government has explained that the refund will be tied to the net income of foreign currency that the sector makes. If this action is applied, the floriculture sector will recover USD 92 million, which will benefit the companies in terms of liquidity. Pablo Viteri, manager of the flower grower Pacific Bouquet, also considers fundamental for the sector the implementation of new modalities of contract, which the Government included in the economic measures. But it asks for agility to define those regulations, because that way it will allow to hire more labor for the Mother’s Day time.

Another incentive is the tax remission “of 100% interest, fines and surcharges”. The benefit will apply to micro, small and medium enterprises, with a term of up to two years. Large companies have 90 days. This measure will help societies that were complicated by tax payments due to lack of resources, said Christian Cisneros, executive director of the Chamber of Small and Medium-sized Trade of Pichincha (Capeipi).

The referral will also apply for moratoria with the IESS and Decentralized Autonomous Governments (GAD). Another of the sectors that the Government wishes to promote is that of the popular and solidary economy. The Regime proposes productive reactivation and economic inclusion, through associativity, technical assistance, commercialization and preferential access to financial services. These requests were raised by the sector since the creation of the Productive and Tax Advisory Council, said Lucía Calderón, president of the National Confederation of the Chamber of Popular and Solidarity Economy. For Richard Martinez, president of the Ecuadorian Business Committee (CEE), the economic plan is, in general, positive.

He stressed that the Government has collected several proposals made by the sector, but believes that there are some “gray areas” and aspects that can delay productive growth. One of them is related to the reduction of the ISD, which is tied to the improvement in the balance of payments balance; that is, to get more dollars into the economy.

Another questionable aspect for the representative of the EWC is the elimination of the tax credit of the ISD. At present, the payments made for this tax (generally purchase of some goods and supplies) can be used as a tax credit for the payment of income tax. “We think it is very serious that productivity and competitiveness are affected by not returning to the company the payment of a tax that makes production more expensive”.

Among the aspects that businessmen describe as negative is the increase in tariffs for 375 subheadings. For the Chamber of Commerce of Guayaquil, this measure will result in more taxes on production, which would hit commercial activity. According to Iván Montero, who imports hairdressing products, the announcement will mean the increase in the price of his merchandise. In your case, 60% of the merchandise is imported.

The business and productive sector have held meetings with the Government since September last year, at the dialogue tables of the Productive and Tax Advisory Council. In this space, reactivation proposals have been presented. (I)