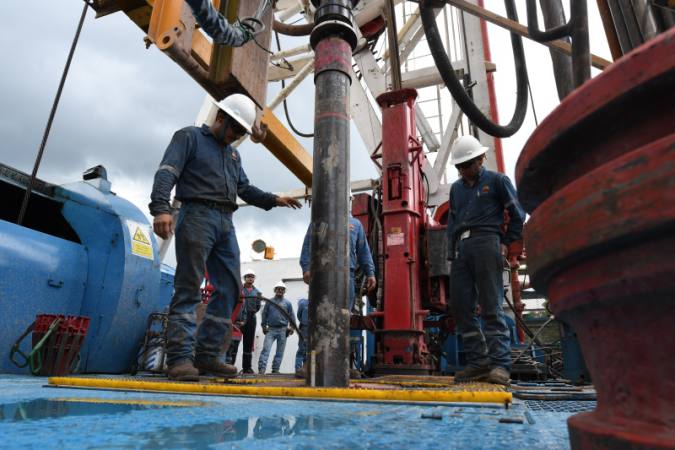 In mid-February, the Tambococha field, part of Block 43 or ITT (Ishpingo-Tambococha-Tiputini), would begin production. It is located inside the Yasuní National Park, in Orellana.

In 2013 it was decided to exploit ITT after failing a plan for the international community to contribute financially and protect it. At the moment a drill of about 30 meters from the Chinese company CCDC is finishing the drilling of the well Tambocha D-002. In addition, the pipeline of a 12-kilometer pipeline is being installed to transport the crude to the Tiputini Processing Center (CPT).

In a tour carried out yesterday by authorities, Álex Galárraga, manager of Petroamazonas E.P., said that it is expected to start production with about 15,000 barrels and by the end of the year reach some 60,000. Tarsicio García, Minister of the Environment, said he was “pleasantly surprised” by the environmental measures.

He highlighted the paths for wildlife, good management of solid waste and security systems in the event of a crude oil leak. Carlos Pérez García, Minister of Hydrocarbons, was open to the ITT being visited by environmentalists who question the exploitation.

The CPT is a platform that will receive the ITT crude. It is a plant that will have a processing capacity of 1.2 million barrels per day of fluid, ie oil, gas, water and solids. The investment in 2018 for the ITT is $ 500 million. Your oil rent this year would be $ 600 million. (I)