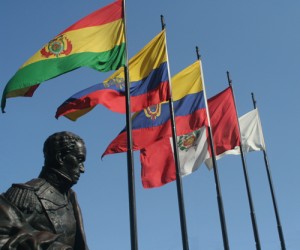 The multilateral trade among the countries of the Andean Community of Nations (CAN) reported a fall from January to July of 2014, the entity said.

The situation varies for each country. Bolivia and Peru were the only ones who had a growth in sales to countries in the region, with 19.1% and 4.4% respectively.

Exports from Colombia and Ecuador were reduced by 10.4% and 12.3% respectively.

With regard to exports from the CAN to the rest of the world, the figures also showed a decline of 2.9%. Ecuador and Bolivia showed growth, with a total of $ 15,550 million and $ 7,483 million, respectively.