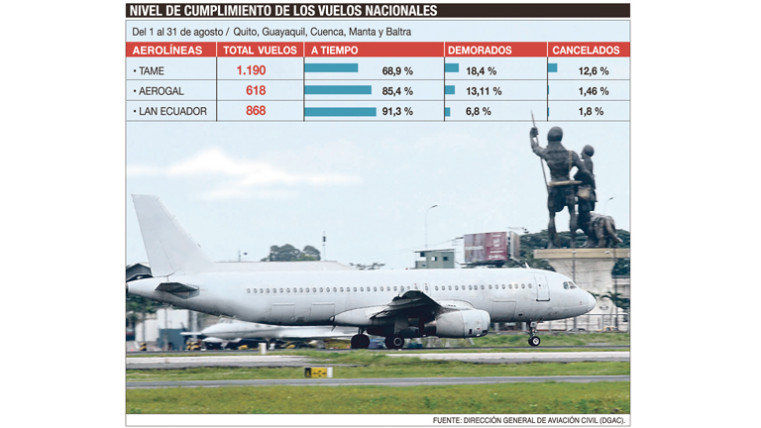 Chileans Rodrigo Tellez and Lorena Quintanilla bought two months ago their tickets to travel to Galapagos but failed to arrive yesterday as they had planned. Tame’s EQ 193 flight was canceled, and today, from Guayaquil, they will try to reach their destination.

This is a single case of dozens of cases in the country. Richard Dávila, president of the National Association of Operators of Inbound Tourism of Ecuador (Optur), denounces that the delay and cancellation of domestic flights is a problem that has become frequent and causes concern, not only because of the additional costs involved in compensating customers but because it is affecting the image of a country. In previous days, the Ministry of Tourism set the goal of making tourism one of its main engines of economic development.

According to figures from the Directorate General of Civil Aviation (DGAC) only in August this year, Tame, Aerogal, and Lan have scheduled 2,600 domestic flights, of which 360 were delayed, and 174 were canceled. (I)