Captured FARC dissident in charge of the custody of Ecuadorian journalists 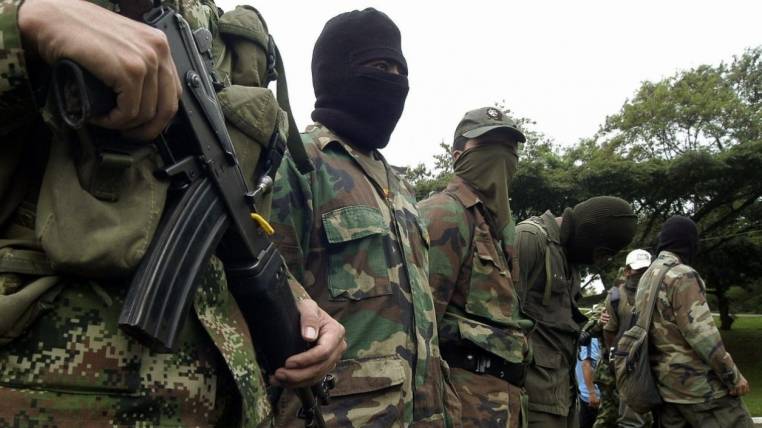 The dissident of the FARC Jesus Vargas Cuajiboy, alias Reinel, who was in charge of the custody of the Ecuadorian journalists kidnapped in a border area last March and murdered in captivity, was captured today in the southwest of Colombia, according to official sources.

In a message broadcast on social networks, the Office of the Prosecutor explained that in the municipality of Santander de Quilichao, in the department of Cauca, Vargas Cuajiboy was arrested, fourth in the line of command of the dissident group of the ex-guerrilla group of the FARC calling itself “Frente Oliver Sinisterra “.

The Ecuadorian and Colombian authorities attribute to this group the kidnapping on March 26 of the journalist Javier Ortega, the photographer Paúl Rivas and the driver Efraín Segarra, who had gone to the border area to prepare a report for the newspaper “El Comercio” about the security crisis in the region.

Shortly after that dissidence, led by Walter Patricio Arizala Vernaza, alias Guacho, assumed responsibility for the kidnapping and on April 13 the Ecuadorian president, Lenin Moreno, confirmed the triple murder.

The Colombian Prosecutor’s Office also announced that it “obtained an arrest warrant” against Guacho as “the main determinant of the kidnapping of Ecuadorian journalists.”

This group of dissidents is also attributed the kidnapping and murder of Katty Velasco Pinargote and Oscar Villacís Gómez, an Ecuadorian couple who had traveled to Esmeraldas.

The kidnapping of the Ecuadorian couple was communicated on April 17 by the Government of that country, which at that time disclosed a video in which Velasco and Villacís are seen tied and guarded by men armed with rifles.

The bodies of the journalists and the couple were found in recent days in graves in a jungle area of the municipality of Tumaco, one of the most convulsive regions of Colombia where gangs of drug traffickers, FARC dissidents, and other groups operate, they dispute the routes of cocaine and coca crops. (I)

Lenin Moreno refers as “bizarre” to the democracy in Venezuela