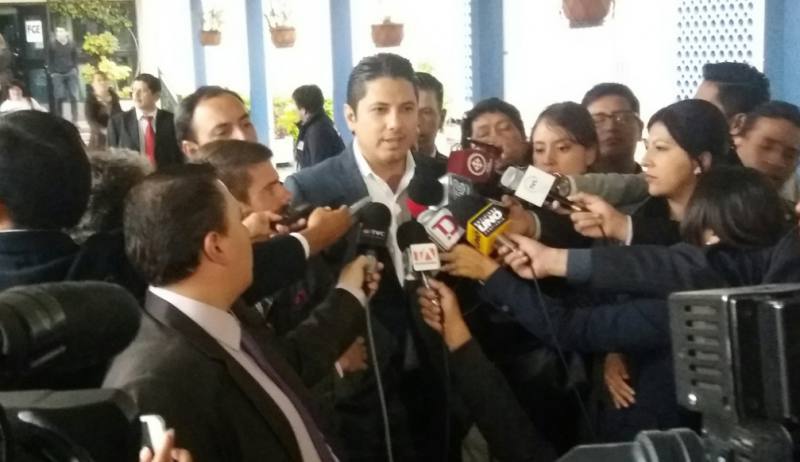 A lawsuit against Colombia for having violated their rights, the beginning of new judicial processes and the disclosure of other declassified files are the following actions that the politician Fernando Balda will undertake, as part of the process for his alleged kidnapping, which took place in that country.

He said it yesterday at the Prosecutor’s Office, where he went to listen to Fernando Alzate, the Colombian ambassador in Quito, who had to give his version, but did not attend.

When asked about how much he is going to ask for in his lawsuit, he answered that his biggest reparation is that it is known that those events occurred.

The last to render his version within the fiscal instruction stage that ended yesterday was the former Secretary of Communication in the previous government, Fernando Alvarado, from Nigeria.

Balda mentioned that Alvarado would have said that he never received any call from Pablo Romero, former national secretary of intelligence (Senain), to mount a smear campaign against him.

On an audio broadcast on social networks, which allegedly speak the former Raúl Chicaiza and former Minister and current Assemblyman José Serrano, Balda mentioned that they will define with their lawyers what action they will promote, as it would compromise the latter.

In the Assembly, he added, it should “cost him the seat.”

He said that they are still reviewing declassified documents. “We have a solid case, elements of conviction and sufficient evidence to achieve a sentence (…) what is fully proven is the chain of command from Rafael Correa, Pablo Romero, Raúl Chicaiza and material authors in Colombia,” said Balda.

For Fernando Molina, one of Correa’s lawyers, there are inconsistencies in the process, which makes them doubt the credibility of the effective cooperation of the accused.

“Mr. Chicaiza, at first, in the effective collaboration, said that he had communicated via telephone with former President Correa, he could not prove it; now he says that it was not via telephone but through a personal meeting. Through his social networks the former president presented what was his agenda that day and finally the contradictions are evident, “argued Molina.

With the close of the fiscal instruction, the Office of the Prosecutor must request the Judicial Branch to set a date and time for the trial preparatory hearing.

Meanwhile, for the next 23 the hearing was set to resolve the appeal filed by Correa to the order of preventive detention against him issued by the National Court of Justice. (I)