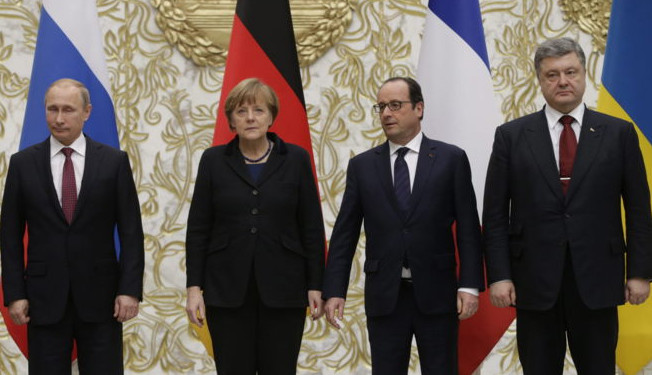 The leaders of France, Germany, Russia and Ukraine reached an agreement that offers a “ray of hope” to end the fighting in eastern Ukraine, after marathon talks that lasted 16 hours.

The agreement provides a ceasefire since February 15 and the withdrawal of heavy weapons from the front line.

“The Contact Group signed the document we prepared with a lot of tension,” said Petro Poroshenko, Ukrainian president, who participated in the negotiations with the Russian president Vladimir Putin and French François Hollande, plus German Chancellor Angela Merkel.

“We now have a ray of hope,” Merkel said in Minsk, according to statements transmitted by her advisers. But “I do not make illusions, we have no illusions. There will be major obstacles still ahead.”

The document was also signed by separatists in the Contact Group for Ukraine, which is the only negotiating format in which they participate.

“We have reached an agreement on what is important,” said Putin, who appeared just before reporters at the summit in Minsk.

Ecuador will study its continuity in the CAN