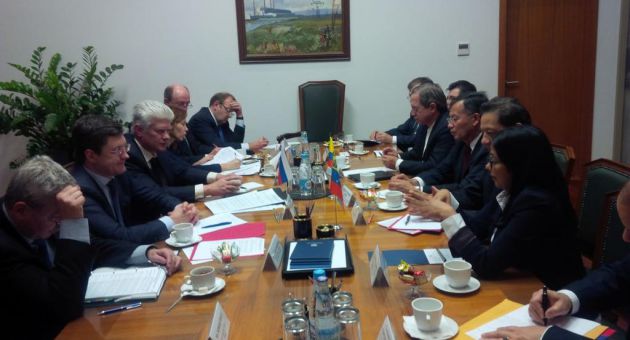 The Russian Energy Minister Alexandre Novak said that Russia, Venezuela and Ecuador met yesterday in Moscow to discuss how to stabilize the price of oil, whose fall is currently affecting their economies.

According to international information, the meeting would have included Venezuelan foreign and Petroleum ministers Delcy Rodriguez and Asdrubal Chavez, as well as Ecuadorian foreign and Nonrenewable Natural Resources ministers, Ricardo Patiño and Pedro Merizalde.

The responsible “discussed ways to stabilize its price,” the Russian ministry said in a statement.

Yesterday, the theoretical price of Ecuadorian crude was at $ 40.50 at the closing date of January 30.