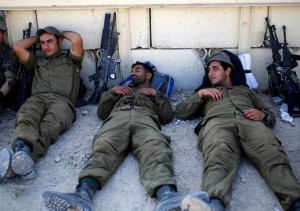 Israel and Palestine came in late Wednesday an agreement to extend the truce five days in Gaza.

The head of the Palestinian delegation in Cairo, Azzam al-Ahmed confirmed the news in a statement, which he said will serve “to give more time to continue the indirect talks in Cairo aimed at reaching an agreement on full and permanent peace.”

Egypt submitted a document containing proposals for lifting the blockade Gaza and some other urgent measures such as opening more border crossings and permits the extension of the designated fishing area, among others.

Two hours prior to finalize the three-day truce agreed by Israel and Palestinian groups, the new truce was threatened by the launch of four rockets from the Gaza Strip which would have struck southern Israel.

Following the complaint by Israel, a Hamas spokesman, split with this. To date the offense, has left nearly 2,000 Palestinians and 67 Israelis dead.