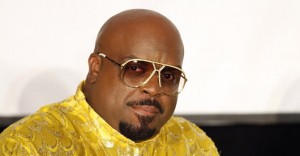 The rapper and producer Cee Lo Green, winner of five Grammy, was sentenced Friday in Los Angeles to three years probation for supplying ecstasy to a woman in 2012.

The musician, known for his collaborations with Bruno Mars and The Black Eyed Peas, did not challenge the offense of which he was accused, but maintained his innocence, said during the court hearing one of his lawyers, Blair Berk.

In addition to three years of probation, Judge of the Supreme Court of Los Angeles Green Mark Young sentenced to 360 hours of community service, attend 52 meetings of Alcoholics Anonymous or Narcotics Anonymous and registering as an offender of controlled substances.