Celec will take China to court for the Sopladora hydroelectric project 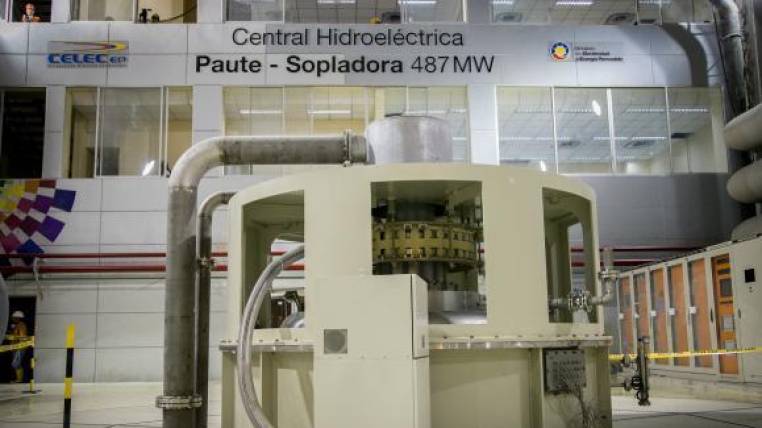 Ecuador and China will face each other in the courts for one of the emblematic works of the previous government. Fopeca, contractor in charge of the construction of the Sopladora hydroelectric project, will face two legal proceedings for 402 faults left in the construction.

The Electricity Corporation of Ecuador (Celec EP) will initiate the proceedings so that the Contentious Administrative Tribunal determines the amount of fines for delays in the final delivery of the power plant. In 2016, Fopeca delivered Sopladora, but Celec detected failures for more than 10 million dollars. To date, these corrections are not met.

According to a memorandum from the project administrator, Guillermo Utreras, issued on March 14, these fines amounted to $ 305 million. That is, 45.40% of the total value of the work.

Juan Saavedra, current manager of Celec, believes that the amount of fines would be lower because it should be measured on the basis of the delays in the corrections and not on the total price of the hydroelectric plant. In any case, he clarifies, it will be the Administrative Litigation that sets the value to be paid for the breaches. “That there is a fine, there is a fine,” he told EXPRESO.

The State Attorney General will be the other scenario where Celec and Fopeca will resolve their differences. The Chinese company, which has not yet responded to the request for information in this newspaper, does not recognize that the failures amount to 10 million dollars. For them, according to Celec, repairs do not exceed one million dollars. Therefore, in the coming weeks the case would be taken to a mediation. The Attorney General will determine the real value of the irregularities.

That value could be crossed, for example, with the 7.9 million dollars that Ecuador still owes for the Sopladora hydroelectric plant.

The Guayaquil expert and former president of the National Telecommunications Council, José Pileggi, believes that the remarkable thing is that the reports do not report failures that affect the operation of the hydroelectric power plant. They are contractual problems, he said.

Saavedra agrees. However, it requires that the Chinese company deliver the work under the conditions established by contract. He cannot accept anything less than what he hired, he stressed.

Yesterday, EXPRESO published the series of irregularities in the termination of the Sopladora contract. Fopeca abandoned the construction and forced Celec to administer it in emergency in January of this year. The action prevented the plant from working.

On August 23, 2016, Celec receives the provisional record of the work. After inspection of the Supervisory Authority it is determined that the plant cannot be received because there are pending repairs of Fopeca.

Fopeca decided, before the refusal, to present delivery certificates by means of a notary. The manager of the time, Jorge Moscoso, rejected the intention of delivering the work through a notary instead of repairing the inconsistencies.

On April 16, in Cuenca, the current manager, Juan Saavedra, rejected Fopeca’s request to finally deliver the work. The non-acceptance was presented to Gao Yijun, legal representative of the consortium of Chinese origin. (I)

The industry, which generates the most quality employment