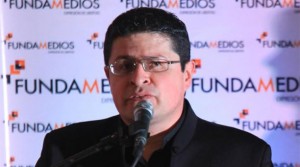 In an interview with El Comercio, Cesar Ricaurte, executive director of the Andean Foundation for Social Observation and Media Stadium (Fundamedios), spoke of notification of the SECOM for the dissolution of the body.

The notification was sent Tuesday afternoon of September 8, and indicates an alleged diversion of the objectives for which the organization was established, and thus, focusinstead in “partisan political activities.”

“Our reaction is that this is a process that, legally and from a perspective of logic and rationality, has rhyme or reason,” said Ricaurte upon receiving the notice.

He mentions that the SECOM accuses them “of doing partisan politics, because we help to spread two blogs of political analysis: that of Jose Hernandez and Roberto Aguilar.”

The Secom gave them 10 days to present exculpatory evidence against the allegations. “We will be forceful about it. We have eight days left, that in addition include weekends (the resolution is dated September 7).”