Changes in the team before match with Argentina 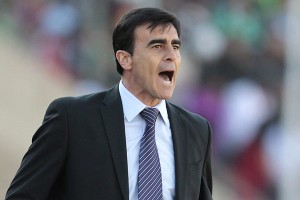 Gustavo Quinteros, coach of the Ecuadorian team, said there would be changes for the match against Argentina. (Source: AP).

Gustavo Quinteros, technical director of the Ecuadorian team, advanced that for the match against Argentina “there would be two or three changes,” he said Monday at a news conference he offered before beginning to train at the MetLife Stadium in New York.

“After the morning training we will analyze with the coaching staff and medical staff the recovery of the players who have felt discomfort, there would only be two or three changes. The idea is not changing too much,” Quinteros said.

The Argentine-Bolivian coach said that the team has no time for more training, so a light tactical work will be performed. With regard to the rival team, the important thing will be not being at a level of inferiority.

U17 TRI classified for the World Cup