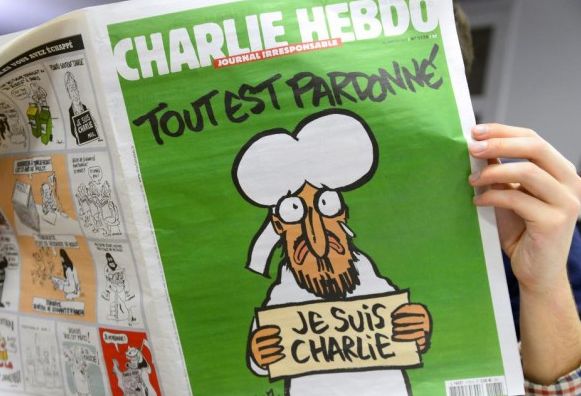 The new issue of Charlie Hebdo with Muhammad on the cover, condemned by some Muslim authorities, was sold out this Wednesday in the French newstands, a week after the attack that was claimed by al Qaeda in Yemen.

Survivors from the editirial staff of the satirical weekly newspaper represented Muhammad with a tear, holding a banner “I’m Charlie” and under the title “All is forgiven.”

For its part, the instance that represents the Islam before the Egyptian authorities, Dar al Ifta, described the drawings as a “provocation.”

To deal with the massive demand, the publisher decided to increase the circulation of this issue from three to five million copies to be distributed at a rate of 500,000 copies per day until January 19th.

The publication, which previously sold 30,000 copies in each edition, was spread in over 20 countries, a record for the French press. It was translated into five languages: the Spanish, Arabic and English in digital format, and the Italian and Turkish in paper format.