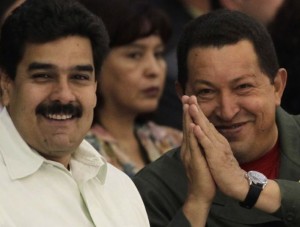 One year after the death of Hugo Chavez, those who rule Venezuela in the name of Chavez remain in power with different problems of political and social nature.

Up to now, the post-chavism has shown itself with relative success as a collegial government, particularly supported by the pact between President Nicolas Maduro and the President of the National Assembly and head of the official party, Diosdado Cabello. However,  the first fractures begin to become visible.

Among the biggest challenges faced by the current president include a serious crisis of public order situation incubated by its predecessor, especially in the economic field.

According to political consultant Edgard Gutierrez all these  visible facts for the general public feed a tendency to search a change in the immediate future.

“This does not mean that Chavism is going to leave power” but it is translated into a perception that “this is not working as before” and it eventually should generate greater disaffection for socialist proposals, he added.