Chile remains on alert after 50 aftershocks subsequent to earthquake 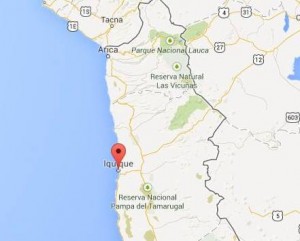 After the strong earthquake of 6.7 magnitude on the Richter scale that jolted the north of Chile yesterday, this Monday in the early morning hours the aftershocks continued.

The Seismological Institute of the University of Chile, reported that about 50 aftershocks have been recorded following the movement, which generated a preventive tsunami alert that was later lifted.

On Sunday, after the earthquake of 6.7 degrees, the largest number of victims’ evacuation was performed and major damages were not reported, just some putholes and rockfalls.

Today, the tremors have caused alarm in the main cities of northern Chile, as Arica and Iquique, and have made the population to stay alert to the possibility of a major earthquake.