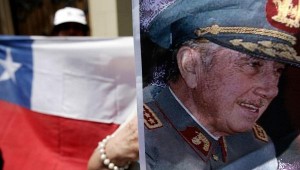 A group of Chilean former guerrillas who were part of an armed group that fought against the dictatorship of Augusto Pinochet (1973-1990) announced the founding of a new political party.

“With the rebellion of the past and the dignity of the present” is the motto of the Rodriguista Party, the new political group that will be integrated by members of the formerly called Manuel Rodriguez Patriotic Front (FPMR for its Spanish acronym), said coordinator Marco Riquelme.

The new party will be officially unveiled next week along with its main leaders.

Furthermore, it was announced that in March is expected to collect signatures in order to settle in Santiago and four other Chilean regions.

Mayor Ledezma is “firm in his convictions” despite imprisonment