China collaborates with 8 boatships for search of flight MH370 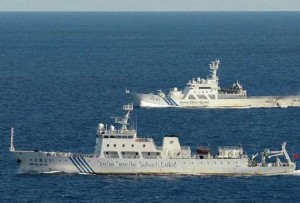 The international aircrafts and boats fleet looking for the Malaysia Airlines plane, disappeared 14 days ago with 227 passengers and 12 crew members on board, has directed its search efforts towards the South Indian Ocean.

This, after the Prime minister of Australia, Tony Abbott, announced on Thursday that two objects floating in the sea were detected, which probably belong to the plane.

China has ordered eight ships to join the search in the South Indian Ocean. Three of them are the war vessels Kunlunshan, Haikou and Qiandaohu, which were collaborating in tracking works near the Indonesian island of Sumatra.

Four other rescue ships will stuff away and a Chinese icebreaker, which is in Perth returning from a trip to the Antarctic, is getting ready to go “as soon as possible,” according to the official Xinhua News Agency.

Meanwhile, Malaysia has asked the U.S. FBI to help them recover data that was deleted in the homemade flight simulator that belonged to Zaharie Ahmad Shah, pilot of the plane, at his home in Kuala Lumpur.