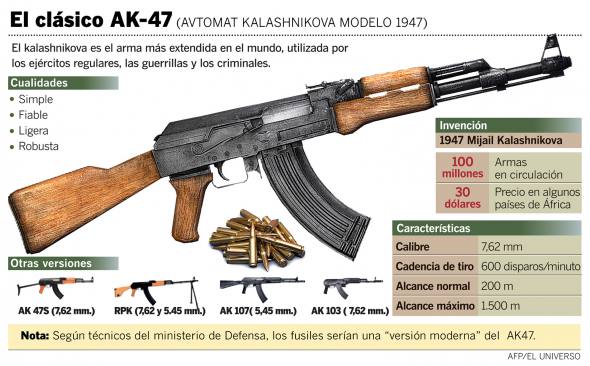 Ten thousand rifles with their ammunition and three patrol boats with heavy machine guns are the equipment that makes up the war donation that yesterday afternoon the Chinese ambassador to the country, Wang Yulin, handed to Ecuadorian defense minister Ricardo Patino, at the Huancavilca Military Force.

According to technicians of the ministry, the rifles would be a “modern version” of AK47: “lighter, smaller and more efficient (weapons).”

“We are receiving military material from three patrol boats that have not yet been able to leave the customs office, but are in the process of customs clearance with their respective weapons destined for the protection of our territory,” said Patino.

Under the agreement of Military Assistance between China and Ecuador, this delivery of weapons corresponds to a donation made in 2014, which arrived last Friday with 16 containers of implements for military camps.