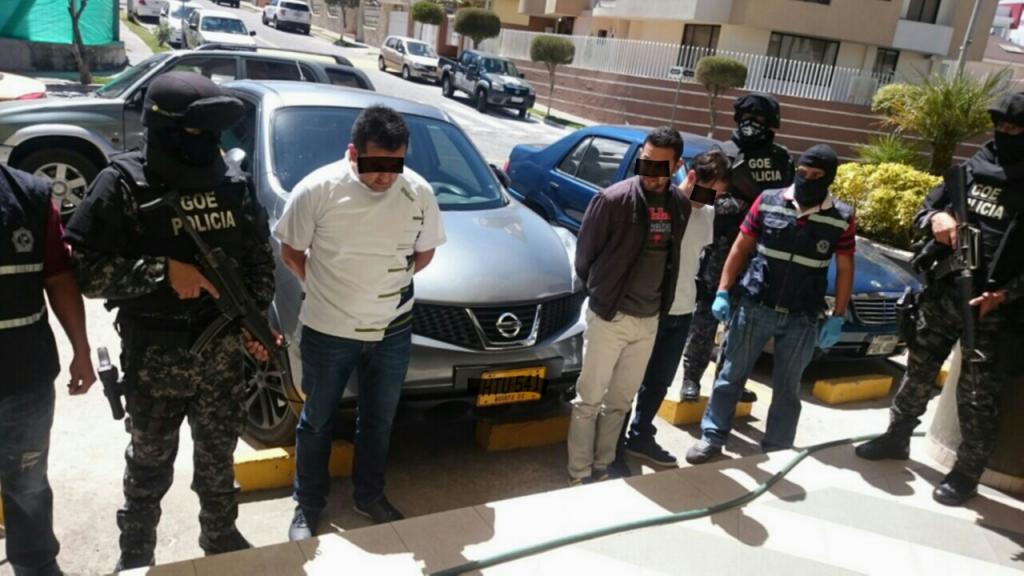 A criminal gang engaged in massive fraud through social networks and that operated from Quito was dismantled on Friday, August 19, during a raid on a luxury apartment located in Torres de Amagasí, in the north of the capital.

The criminal organization was made up of Colombians and Ecuadorians, who through social networks and phone calls offered false loans ranging from USD 3,000 to 500,000, at an interest rate of 5%.

During the operation, three men of Colombian nationality were arrested. According to the investigations, they were the ringleaders of a nine people gang, that in social networks appeared as “Grupo Financiero Pan,” “Serfivin,” “Creditel,” “Interval,” “Loans and Values,” “Financial Alliance,” “Pay Now,” “Inter Values,””Red Mutual,” “Metro Values,” and that would have scammed hundreds of people in the country for three years.

Those involved offered loans on the condition that customers make a low deposit in their bank accounts, within 24 hours. This, supposedly to expedite the procedures for loan approval.

All information and documentation was sent via email, thus avoiding contact between the parties. When victims did the deposits and caledl their lenders again, they no longer answered.

The seizure of drugs increased by 10% in the country