“Did the early outbreak in Wuhan originate from imported frozen food?” This is the question asked by the Chinese newspaper Global Times, belonging to the People’s Daily newspaper of the Chinese Communist Party, about the origin of the SARS-CoV-2 coronavirus -which causes the COVID-19 disease- to imply that The virus that is keeping the world in suspense did not necessarily originate in the provincial capital Hubei, but could have reached that area through imported cold chain products. 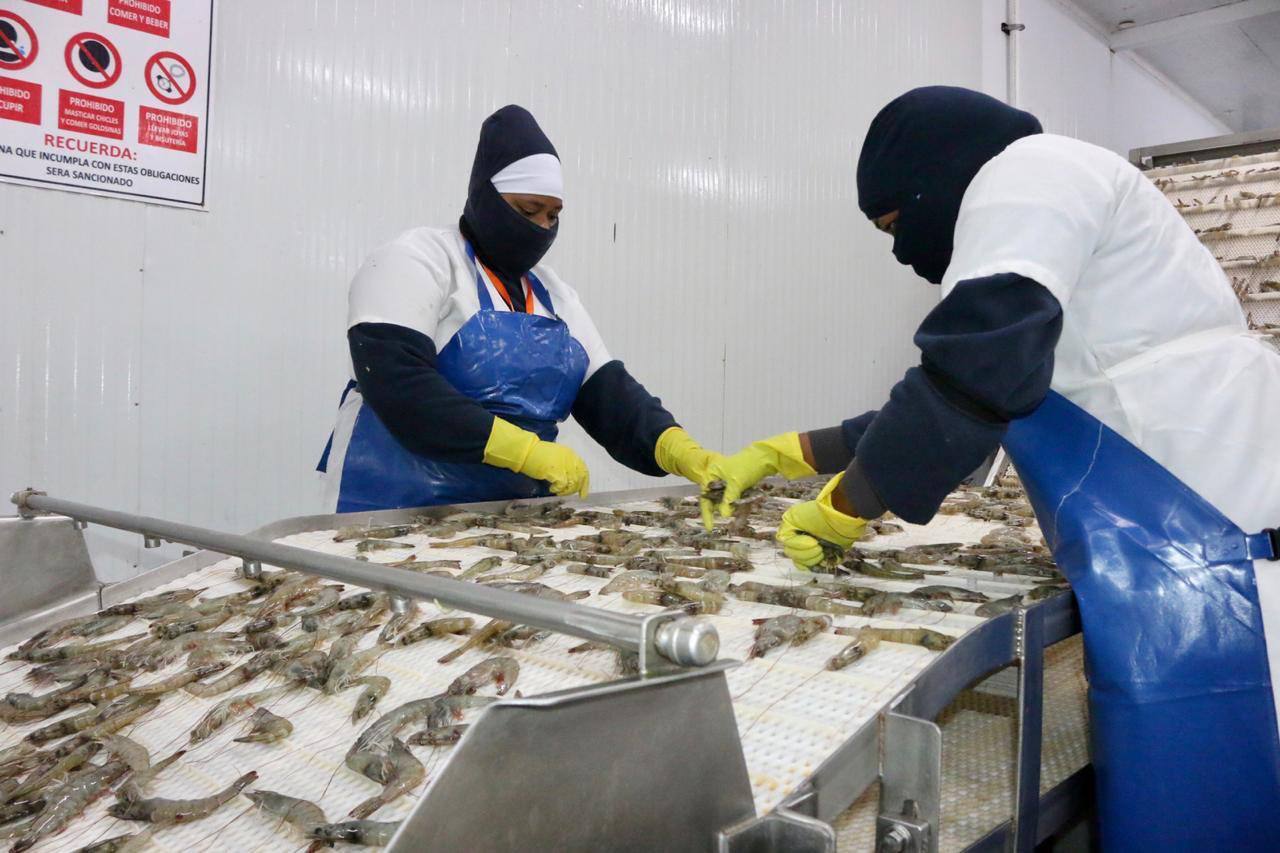 It has been more than a year since Chinese authorities began registering pneumonia of unknown origin in Wuhan. It took only a month for the virus to spread to all continents of the world. In addition, complaints arose against China that in conjunction with the World Health Organization (WHO) they delayed the announcement to the world about SARS-CoV-2 and its transmission between humans. There are several countries that accuse the Asian giant for the handling it had in the first stage of the epidemic and accuse it of being unclear about what was happening at that time.

The theory that the coronavirus could have arisen outside China, given that some scientific studies have detected its possible presence in Europe as early as 2019, is defended by many official Chinese media, while the Western press frequently pressures the WHO to investigate. in Wuhan.

Given this, the director general of the WHO, Tedros Adhanom Ghebreyesus, announced in recent days that the mission that will work to find an answer will begin its work in the first affected city: Wuhan.

While most of the world continues to battle with the virus, China claims to have the virus under control, with the occasional imported case; even in Wuhan – where authorities acknowledged in April that fatalities were nearly 50% more than reported – life returned to normal. Even there, tourism is booming and masks are a thing of the past.

Now the Chinese press points to imported frozen products – specifically packages or containers – as possible spreaders of the disease, despite the fact that no cases of infections have been reported in other countries.

Imported frozen foods, especially meat and fish -according to the Chinese authorities-, are being the main route of re-outbreak of the virus in China , once local infections have been practically controlled in the country, which reached almost two months with his score at zero.

There continues to be a drip of cases from outside – about a dozen a day – due to residents who return, but these are subjected to rigorous controls so it seems difficult for the virus to re-enter the country with force through that route .

However, the frozen products that arrive from other parts of the planet, subjected to frequent manipulations in their packaging and transport , are causing problems for the Asian giant, where in November it was the rare day that no traces of the virus were detected, on everything in the packaging of these products.

Global Times says its reporters carried out “a series of investigations in Wuhan” and spoke with traders who used to work in the Huanan wet market, now closed, and found that the consumption and sale of imported frozen products were prevalent in this city. from central China.

“Repeated infections caused by products imported from the cold chain and reports of how signs of coronavirus were found in other parts of the world prompted virologists to wonder if Wuhan was also a victim of such a route of transmission, ” the report of the Chinese state media.

Wu Zunyou, chief epidemiologist at the Chinese Center for Disease Control and Prevention, said – in retrospect of the outbreak in Wuhan – that the patients came mainly from the frozen seafood area .

Wu also said that the fact that shellfish caused outbreaks in Beijing, Dalian and Qingdao also raised the question of whether the early outbreak in Wuhan was also caused by imported seafood. “This gives us a clue, a new way of thinking,” said the chief epidemiologist.

The Efe chain details that although since last July China began to detect several cases of the virus in frozen foods, it was not until last month that the frequency became almost daily, in parallel with the worsening of the pandemic in the countries of the hemisphere north of the planet to which the cold arrived.

In July, six batches of these products tested positive , five in August, two in September and four in October, according to data published by the state press. But in November the cases reached at least 25, bringing the total detected to more than 40, in 16 different provinces of the country.

Ecuador, with seven batches, and Argentina, with four, have been the countries of origin of the largest number of frozen products that have tested positive in their packaging.

But the origin is very diverse: products from European countries such as Germany, France, Holland -all with one- or Russia (3), in addition to India (3), Brazil (3), Chile (1), Vietnam have also yielded positive (1), Saudi Arabia (1), Indonesia (1) and 13 other lots from unknown regions.

Global Times indicates that stores in the Huanan Seafood Market used to sell imported cold chain seafood, such as king crab and Arctic shellfish, as well as meat products from Brazil and Germany. The city also imported Australian steak, Chilean cherries, and Ecuadorian seafood before 2019.

“The idea never crossed our minds. But now it seems plausible that the virus was imported into Wuhan through imported cold chain products , “Yang Zhanqiu, deputy director of the department of pathogen biology at Wuhan University, told the Global Times .

He noted that the coronavirus can live for months in a cold chain environment where the temperature ranges from -20 to -30 C. Yang said that to solve the puzzle, scientists need to know when and from where the chain’s products were imported. cold and compare them with cold chain samples imported from the Huanan wet market.

The frozen lots that have tested positive the most, mainly in their packaging, have been shrimp, fish, and veal and pork.

The first case in frozen foods that was detected in the country in early July was in the packaging of shrimp from Ecuador, which led to the suspension of all imports of this product from the Andean country. Since then, Ecuador and China have cooperated closely to further control these imports and strengthen their monitoring.

“China asked a few days ago to intensify these traceability measures, which is what we have done with shrimp. The entire chain can be detected through a QR code. We are going to apply it to other products, but shrimp is the most important because it is our largest export , ” the Ecuadorian ambassador to China, Carlos Larrea , explained to Efe .

The seven cases detected these months in Ecuadorian products have been in the packaging , one or two on the internal walls and the rest on the external ones, the last in a batch of palometa, which has led to the interruption of the customs processes of its exporter during a week.

“China is updating the requirements. We have a control plan on the handling of the product that was updated in October, if something is detected, it is the Ecuadorian authority itself that is sanctioning, ”says Larrea.

Still, the trade balance was positive in August for Ecuador for the first time in 20 years, and in October the country exported 21 percent more shrimp to China than last year.

“Obviously no one can guarantee control throughout the entire process chain. The manipulation may have occurred in any part of it and not only in Ecuador, “said the ambassador.

In any case, so far China has not detected any infection from the consumption of these foods. “The risk for consumption is very low,” says the CDC’s chief of disinfection, Zhang Liubo, although its manipulation carries the greatest danger that China now faces in its quest to contain the pandemic.

It is not the first time that China has handled this type of hypothesis in which it is trying to lay down the theory that the coronavirus emerged in Wuhan . The Asian nation pointed out -although not officially, but through senior officials- that the disease had its origin in the United States and that it was the US military who spread it during the Military World Games that were held from October 18 to 27 in Wuhan.

It was the spokesman for the Ministry of Foreign Affairs, Zhao Lijian through his Twitter account, who published a video to raise the alleged American origin of the coronavirus.

In the clip spoke Robert Redfield, director of Health Control and Prevention in the US, who told Congress on March 11 that some deaths from flu in the US before the start of the health crisis were later identified as cases caused by COVID-19 .

Zhao wondered about the American zero patient, about whom Redfield does not give more data, nor does he support his information with more evidence than his own deduction. The statements of the Chinese spokesman were reproduced by official means of that nation.

Additionally, Dr. Zhong Nanshan, head of China’s National Health Commission, stated in February that “the infection was first detected in China, but the virus may not have originated in China .”

Also, a study by the Shanghai Institute of Biological Sciences points out that SARS-CoV-2 could be present on several continents before being detected in Wuhan. Chinese experts suggest that the first human transmission may have had in the Indian subcontinent (India, Pakistan, Bangladesh, Nepal, Bhutan, Sri Lanka and the Maldives).

“Our result shows that Wuhan is not the place where the SARS-CoV-2 transmission from person to person occurred for the first time,” explains the text of the study entitled Early Cryptic Transmission and the Evolution of Sars-Cov-2 in human hosts, adding that before arriving in Wuhan, the virus “had already undergone adaptive evolution three or four months before the Wuhan outbreak.” (I)