A few hours ago, the CNE decided to hear an appeal against the CNE’s refusal to comply with its sentence, just a day after Ignacio Álvarez, Álvaro Noboa’s lawyer, confirmed that they had filed a complaint with the Inter-American Commission on Human Rights ( IACHR) and the United Nations (UN) on possible electoral fraud in Ecuador. 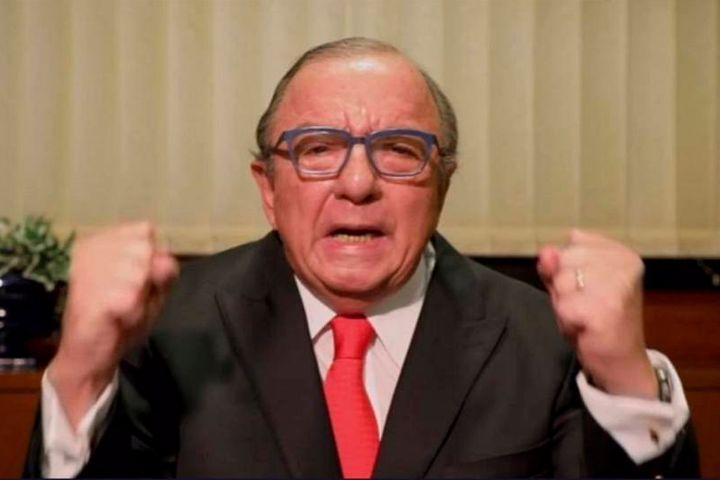 Attorney Álvarez agreed to an exclusive interview for La Verdad that you can read below:

Do you say that a fraud is brewing in Ecuador, why do you consider that?

The CNE did not give way to Álvaro Noboa’s candidacy. This said the electoral entity
There are different ways in which a fraud can be consummated in an election. One, obvious, is the one of the day of the election. That day the ballots are counted and the results can be altered. This is what people normally view as electoral fraud. However, that is not the only way that an election does not reflect the will of the people because, for example, if you do not even let a candidate arrive at the day of counting the ballots, and they do it arbitrarily, disrespecting the laws, the constitution and international treaties, that is another fraud. You didn’t even give people a chance to vote.

They have arguments to justify the dismissal of Noboa. What are the alleged reasons and why are they arbitrary?

It is not the first time that he has been excluded from the same electoral process. The first was a few months ago, when the “Adelante Ecuatorianos Adelante” party was canceled at the last minute and untimely in the National Electoral Council (CNE) and not Mr. Noboa, who was the candidate of that party, could not participate . The reason was because, in the March 2019 elections, the party had not gotten enough votes, which is a cause for canceling a political party.

The problem is that those elections were in March 2019 and the CNE itself knew the results of those elections. If at that time they cancel the matches, people have the option of making another match or looking for another alternative.

It was not reasonable to cancel the party a year and a half after the elections. We took this case to the UN and we are convinced that we are going to win, but with the time that these things are delayed, candidate Noboa chose to participate with another party, Social Justice. That party had also had its registration canceled, so the Contentious Electoral Tribunal (TCE) ordered the CNE that they had to let this political party participate, but this entity did not comply with the decision of the last instance of Ecuador, alleging some reasons totally illegal. They are committing a fraud to the Ecuadorian democracy.

What are the reasons why you want to rule out Álvaro Noboa’s participation in the elections?

He has been a candidate several times. When he launched the candidacy this time, he made a lot of progress in the polls. You have a chance to win. They do not want me to participate, there are other candidates who are taking their accounts and they do not want Mr. Noboa to participate because they are afraid of it, but it turns out that those who must decide that are not the CNE or the Social Christian party, suddenly Noboa participates and the Ecuadorians They do not elect it, but that decision corresponds to the citizens.

What do you expect the IACHR and the UN to do with the complaints they have made?

These bodies serve as a counterweight against the abuse of power, so they have different mechanisms of action. They may decide later that Mr. Noboa was effectively denied his rights, but they have other ways of acting. A while ago the CNE decided to hear an appeal against the CNE’s refusal to comply with its sentence. This happened one day after the international complaint of this arbitrariness was made known. We cannot allow this fraud and we will reach the ultimate consequences.

There is still an opportunity for the CNE to enter the lane of democracy and justice and take the necessary actions so that the party and Mr. Noboa can participate.

What can citizens do to support this cause?

Part of all this is that people demonstrate whether they are in favor of Mr. Noboa or not, but above all in favor of Ecuadorian democracy. They can express their opinion through social networks, they can send communications to the CNE, the TCE, they can go to the National Congress. This is important, that people really open their eyes and not allow themselves to be cheated.

Why should those who are not in favor of Mr. Noboa demonstrate?

People have the right to seek other options. The danger of democratically taking people’s options away, so they start looking for extreme options. This is what has happened in several countries.

It is the sixth time that Álvaro Noboa has run as a candidate. What makes this candidacy different?

Judgment in favor of Social Justice, returns to the plenary session of the Electoral Contentious Tribunal