Chinese boat fishing will be thrown into the sea 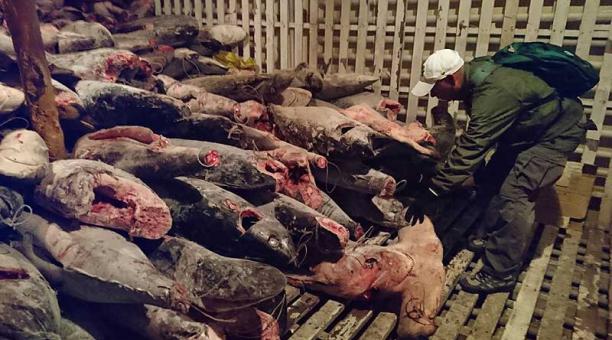 The Galapagos National Park defines the steps to be followed to destroy the fishing found in the Chinese ship Fu Yuan Yu Leng 999. The cargo of about 300 tons of marine species must be thrown into the sea. That was the disposition of judge Alexandra Arroyo, from the San Cristóbal Island, according to Director of the Park Walter Bustos.

Bustos explains some considerations for the destruction of the sinister cargo. For example, the depth of the site for the discharge is analyzed; also, marine biologists will take samples to study the transported species. It will be verified that what is thrown does not contain nylon or meshes, to avoid that other species are trapped.
Another measure to take into account is sea currents because these can bring back the load or take it to other latitudes or countries. It is estimated that this organic matter would decompose in 4 or 5 days. “We will be cautious to handle this procedure,” said Bustos. (I)