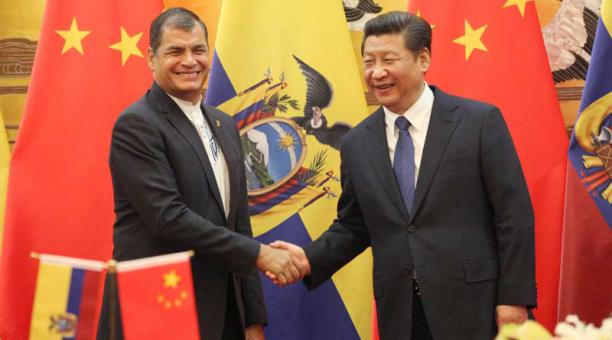 After a year of waiting, intense negotiations and trips to the Asian country, the Ministry of Finance announced on January 22 this year, in a press release that Ecuador closed a loan of USD 970 million, into a five-year term, with the Industrial and Commercial Bank of China (ICBC). Of these, USD 820 million already entered the state budget in February.

Thus, the balance of the debt to China last month closed at USD 6,395 million, representing 18% of the total public debt of the country and that reached USD 34,343 million.

The outstanding value with China is 900 times larger than the amount owed by Ecuador to that country in 2007 that was $ 7.1 million.

Although all the details of the transaction with the ICBC are not known, what is clear is that there is an advance sale of crude oil, as it follows from the budget execution available in the Ministry of Finance.