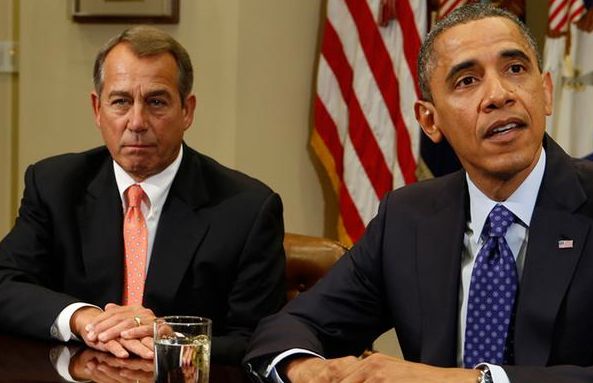 The President of the House of Representatives of the United States, the Republican John Boehner, yesterday harshly criticized the climate agreement reached with China.

“This announcement is another sign that the president intends to double his shredding employment policies no matter how devastating is the impact on the heartland of America and the country as a whole,” the conservative leader said in a statement.

Boehner, whose party strongly supports the increase of oil drilling, also assured that the agreement reached between Washington and Beijing “is the latest example of the president’s crusade against an affordable and reliable energy,” which is already hurting middle class families .

“Republicans have consistently aproved the legislation to curb these harmful policies and will continue to make this a priority in the new Congress,” the official insisted, referring to the recent Republican victory in the elections.

“This unrealistic plan, which the president would leave as a legacy to his successor, ensure higher electric bills and fewer jobs,” said the Republican Mitch McConnell, the Senate president from 2015 in a statement.

Amendments to the Labour Code will be announced on November 15

Ecuador seeks to dialogue with Sweden on Assange situation