Climate change and impact on the islands, topics on the World Environment Day 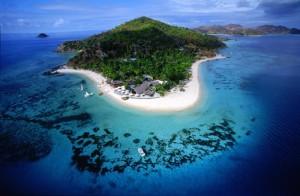 Studies predict that sea level could rise two meters due to climate change, which would make the island regions uninhabitable

The World Environment Day is celebrated every June 5 since 1973, as part of an initiative of the United Nations (UN), to sensitize the public about global environmental issues, promoting working together with communities and governments to achieve sustainable development that promotes a stable future.

The host country of this year was the island of Barbados in the West Indies, which under the motto “Raise your voice, it is not the level” gave rise to the issues discussed in the celebrations of this day. In his message, the Secretary General of the UN Ban Ki-moon warned of the impact of climate change on the island regions. “they only generate 1 percent of emissions of greenhouse gases but most are increasingly vulnerable to the impact of climate change, from devastating storms to the threat of rising sea level.”

These regions would be affected by sea level rise, becoming uninhabitable. 30% of the longest economic areas of the world are comprised by the island nations, which make valuable efforts to implement renewable energy and promote environmental sustainability.