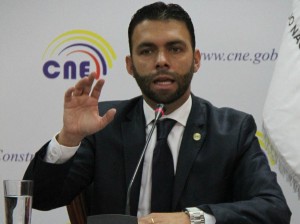 The National Electoral Council (CNE for its Spanish acronym) approved on Friday, February 13 the requests of popular consultation on urban public transport in Guayaquil raised by the mayor of that city, Jaime Nebot, and the citizen Édison Mora. Furthermore, in the coming days the forms for the collection of signatures to support the convening will be delivered.

The Municipality of Guayaquil raised last January 22 two questions for this consultation: The first says: Do you think that under the current conditions the public transport service of Guayaquil is provided, the bus fares should rise?. While the second asks: Do you think that after thesystem of urban public transport of Guayaquil is reformed and transporters acquire new units or significantly improve the existing ones, a $ 0.05 cents increase in bus fares should be collected?.

Meanwhile, the CNE gave way to 8 of 10 questions for a popular consultation in Guayaquil, raised by César Cárdenas, representative of neighborhood leaders and former employees of public companies.

Among them are: changes in the Metrovía service, decentralization of municipal services by districts, award of drinking water services, award of the sewerage services to the Municipality of Guayaquil and an increased participation of women in the Metropolitan Police.