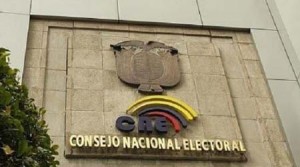 “The next elections will be hold under the current Code of Democracy,” said yesterday Juan Pablo Pozo, president of the National Electoral Council (CNE for its Spanish acronym), after the Assembly confirmed it will no address the reform proposals made by that body.

Pozo said that these reforms are technical and eliminate gaps, ambiguities and contradictions of the current legislation: “These were proposed on October 15, if they are not approved until February, they will not go into effect for the 2017 elections, but can be addressed for future elections.”

He stressed that next October a call for elections will be done, and the registration of political parties and organizations wishing to participate in the 2017 elections will close. He mentioned that so far there are 152 political organizations: 12 at national level and 140 at provincial, cantonal and parochial levels.

Pozo added that from next February they will declare the electoral period and they will announce the schedule and allocated budget, “the only set date is May 24: the inauguration of Mr. or Mrs. President.”