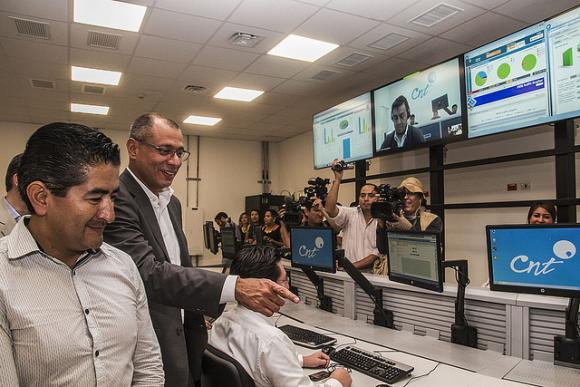 The focusecuador.net webiste details the relationship of National the Telecommunications Corporation with the Panamanian firm Mossack Fonseca.

CNT was awarded a company registered in Cyprus, several contracts totaling nearly 50 million dollars, but there is more: front companies, dark law firms, millions of dollars involved and a scam for the state. That was how the law was violated and the cost of a contract inflated nine times.

Jorge Glass, then Minister of Telecommunications, received a letter from the OPEN company, which provided the solution to a technological need of the state telecommunications company.

In its proposal, OPEN indicated that it had successfully implemented its technology services in countries such as Argentina and Puerto Rico, while fixing the cost of its package in 5 million, with an implementation period of 14 months. The benefits of the proposal were obvious. Through the letter, OPEN explained that the National Telecommunications Corporation (NTC) had already hired their services, so it was easier to update the core software and not start from scratch looking for a new company, with consequent additional costs for the renovation of software and licenses. But that was what CNT precisely did.