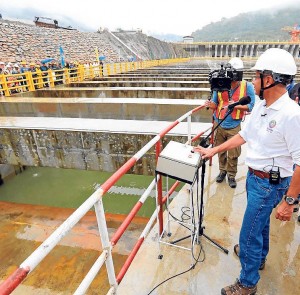 Throughout the nearly six years the Coca Codo Sinclair hydroelectric plant was built, the work has been described as iconic. This is the main link in the government’s plan to change the energy matrix of Ecuador: to replace the generation of electricity through thermoelectric plants, for the exploitation of the water potential of the country, at least until the demand projections of 2017.

According to a statement by the Ministry of Electricity -published last Thursday on its website,- this power plant is ready. Currently, four of its eight turbines are operating, as part of the testing stage. It is added that in the coming days, “Vice President Jorge Glas will preside over the presentation ceremony” of those generators.