Cocaine Lab in Madrid is Disbanded 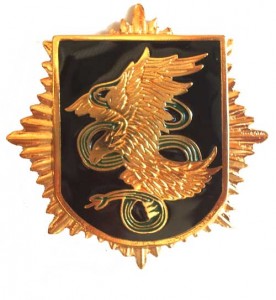 The police Especial Operations Group (GEO) seized on January 7 a farm on which there was the biggest underground cocaine lab discovered in Spain. Five people were detained, a Spaniard and four Colombians, who were the responsible of arming the drug operation and assembling the lab. The Spaniard was in charge of the farm while the Colombians used to make the drug. The facility was protected with expensive safety measures.

Inside of the structure, police officers seized over 30 tons of chemicals to make the drug, 470 cell phones, guns, and vehicles, along with two million of Euros, and 300 kilograms of cocaine. This operation was developed along with a money laundering business that involved thirty people who already are in custody. The operation failed after a two years investigation of the group 32 of the Central Narcotics Brigade. The cocaine was supposed to be delivered to Villanueva de Perales, Valdemorillo, and Madrid.

The police operative was a joint operation between Unidad Central de Delincuencia Especializada y Violenta, Brigada Provincial de Policia Judicial de Madrid, and Grupo de Respuesta Especial al Crimen Organizado (GRECO). The investigation revealed the participation of the brothers Nestor Mario and Carlos Mauricio Gutierrez Ramirez, both Colombians connected with the drug underworld of Madrid. The Spaniards that worked for them are David Vela Narro and Ana Maria Cameno Antolin. The suspects began their own firm of lawyers to give a legal appearance to their operations. Attorney Rodriguez Casas was arrested because of his involvement in shady businesses and the money laundry activities.