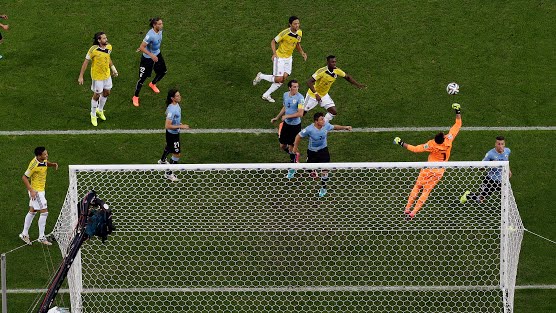 This Saturday at the legendary Maracana stadium in Rio de Janeiro, a confident Colombia team managed to pass to the quarterfinals with two goals to none before a hesitant and vulnerable Uruguay, which positions the winning team in a match with Brazil, host of the World Cup 2014.

The two goals of the Colombian team were scored by James Rodriguez, at minutes 28 and 50, making him the top scorer in the Brazil World Cup 2014.

On the other hand, for Uruguay, the defeat meant a bitter goodbye, which began with the expulsion of the soccer star Luis Suarez from the World Cup last Thursday, after he took a bite on Italian defender Giorgio Chiellini.