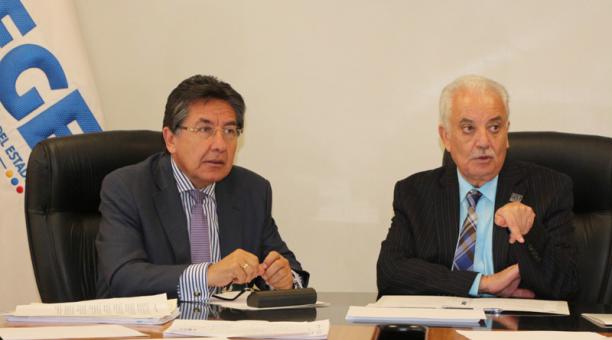 Yesterday Colombian Attorney General Nestor Humberto Martinez handed over to his Ecuadorian counterpart, Galo Chiriboga, 700,000 files that were found on seven computers seized during the two raids conducted at Odebrecht’s offices in Guayaquil and Quito on December 23, and January 11 of this year.

On February 24, the Ecuadorian Prosecutor’s Office had requested Colombia its collaboration in the processing of 12 million files found in the computers. Today, Martinez formally delivered the results of that assistance. Experts of the Superintendence of Industry and Commerce, the agency that took over the functions of the Judicial Police of the Attorney General of Colombia, was in charge of analyzing the computers.

The Ecuadorian Public Prosecutor’s Office will incorporate these data into the reserved investigation it initiated on December 22, 2016, a day after the US Department of Justice revealed that the Odebrecht contracting company paid USD 33.5 million in kickbacks to Ecuadorian officials in the last 10 years.