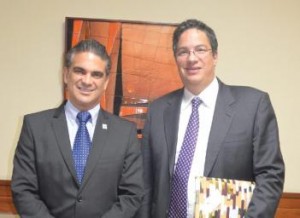 Minister of Commerce, Industry and Tourism of Colombia Santiago Rojas, said that his government has opened a line of credit for imports of Ecuadorian products from their country.

After conversations with Francisco Rivadeneira, Minister of Foreign Trade of Ecuador, in which the bilateral agenda was analyzed in terms of foreign trade, Rojas stressed the importance of the use of productive chains, for which his country has opened a line credit to encourage imports of Ecuadorian products, he said.

In addition, he highlighted the joint work carried out to reject smuggling that affects both countries.

The Ecuadorian Minister Francisco Rivadeneira, described as “extremely positive and constructive” the dialogue.

Argentinian Delegation travels to New York to deal with debt

Ecuador would have a trade agreement with China for $ 2,000 million