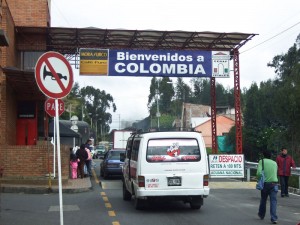 Colombia recognizes it has abandoned its border with Ecuador, thus said yesterday the Foreign Minister of that country María Ángela Holguín, minutes before the bilateral meeting began with her Ecuadorian counterpart Ricardo Patiño, in Guayaquil .

“We must recognize that Colombia, because of its conflict situation, has had largely forgotten its borders,” Holguin said.

At the meeting of both Foreign Ministers, insecurity issues between both borders and the situation of those displaced by the conflict and refugees were addressed.

While Patiño stressed that these “last years have been constructive in the bilateral relationship, in order, in new beginnings, in settting higher goals.”

Israeli offensive in Gaza has left 514 dead Palestinians so far