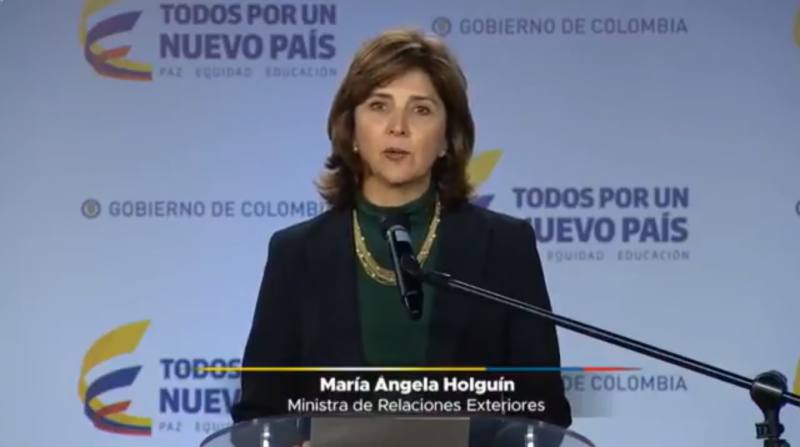 Colombian Foreign Minister María Ángela Holguín informed this Wednesday afternoon that the talks with the ELN will be transferred to another country, after Ecuadorian President Lenin Moreno announced at around noon this Wednesday that Ecuador was no longer a guarantor of the peace dialogues with that guerrilla.

“The president Juan Manuel Santos understands the reasons why President Moreno has decided to deviate from his status as guarantor and host of these negotiations. The government of Colombia will immediately initiate the pertinent procedures to transfer those conversations to one of the countries that previously established themselves as alternate venues, “Holguin said.

He added that the Colombian president understands the pain of President Moreno and the Ecuadorian people, for the tragic events that occurred recently after the murder of the journalists of the newspaper El Comercio, the four marines and the kidnapping of two Ecuadorians by the dissident guerrilla group led by alias “Guacho”.

“For decades, Colombia has had to face this kind of situation and has learned that you never have to give in to the blackmail of terrorists. Fortunately, Ecuador has not had to suffer this painful experience. Therefore, President Santos reiterates the willingness of the national government to continue collaborating with the Ecuadorian authorities in everything that is within their reach so that justice is done for such execrable crimes, “said the foreign minister.

She stressed that Colombia will continue the fight against terrorism and the criminal structures that operate on the border with Ecuador, and that for this, 12,000 soldiers and police have been deployed to the Tumaco command post. (I)