‘Come back’ in state contribution to the IESS 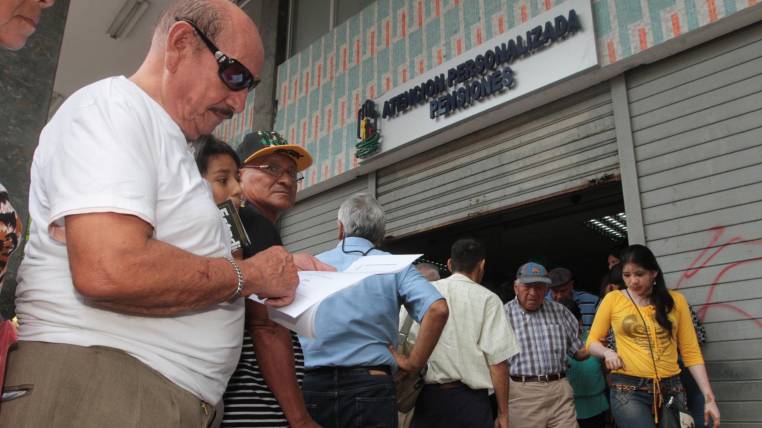 The echo against correístas decisions in the Ecuadorian Institute of Social Security (IESS) gained strength. President Lenin Moreno also expressed his rejection of the retirement of 40% of state contribution to retirement pensions. Now, with figures and studies of support, the ball is in the court of the Constitutional Court that must pronounce, today, on the reforms that were made in 2015.

Moreno said, in his weekly link, that he has “hope” regarding the 40% restitution and the elimination of the profit ceiling in private companies. The latter also concerns the Insurance because with the money that was taken away from the private sector, it financed the insurance of the housewives.

The concern of Moreno for the restitution of 40% is born from the future figures that are without this contribution. The actuarial studies, published on Saturday, show that the order of former president Rafael Correa took the institute’s life.

In numbers, social security already has complex moments and, even with 40% of the Government, its stability is in danger in less than 30 years. Without the contribution, the deficit would be unsustainable in 19 years.

The Directorate of Actuarial Studies of the IESS determined, in 2015, the risks of withdrawing the government contribution. Above all, taking into account that Correa created new benefits for more members. More expenses were implemented, but revenues were cut.

The affiliation of housewives, in 2015, is an example. EXPRESO showed, on Monday, that there were no technical or financing studies to include new members.

For Omar Serrano, former director of the IESS Bank, the restitution must be fulfilled. It should not be left alone on paper, as in previous governments, but should be paid on time. He added that complementary measures are necessary.

Volrisk, a private company expert in actuarial analysis, agrees. In the short term, and in part it was fulfilled, income must be redistributed for each fund that makes up the IESS (health, old age and death and work risks) to balance the memories. There are alternatives, in addition, for the medium term.

In the study should be the extension of the retirement time, the increase of the monthly contribution of the members and the review of benefits. The current authorities of the IESS, who asked for the publication of the reports, still do not express themselves about these options.

President Lenin Moreno did not specify if his desire is to restore 40% of state contribution or if the figure will be lower. This data will allow to make new studies that determine the complementary changes in the IESS.

The Government must recognize and honor the debt of about 2,800 million dollars determined by the Comptroller’s Office in favor of Social Security. The previous government erased the amount and has not yet been included in the expenses of the current administration.

Omar Serrano says that within the IESS and the Biess you can make spending cuts that help improve the figures of the entities. There is a “waste” in several departments that can be controlled. (I) 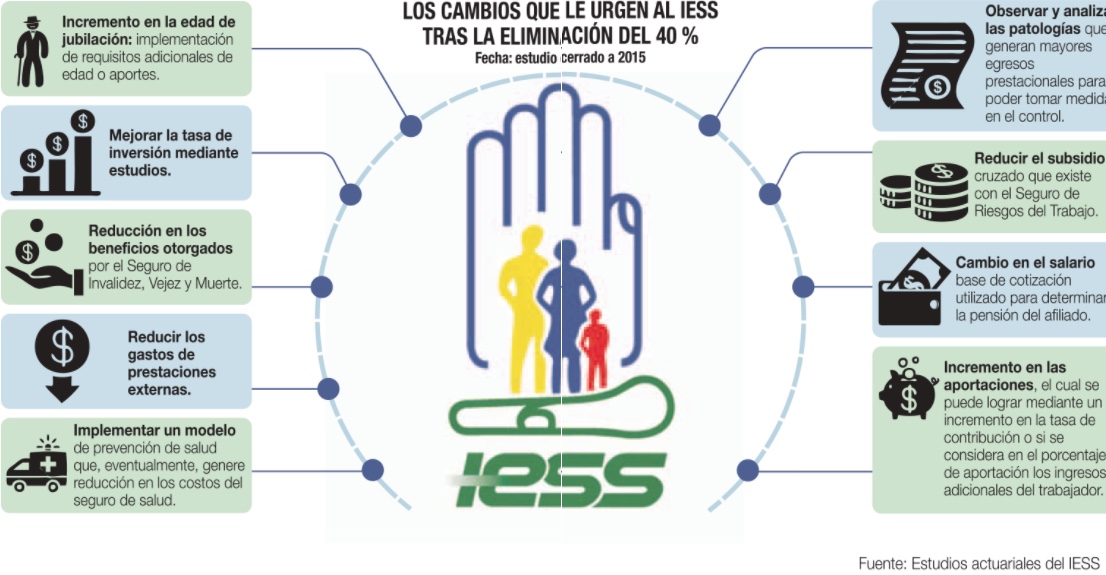