Commission approves report for debate on the Budgetary assignments for 2015 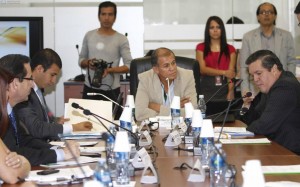 The Committee on Economic Conditions of the Assembly yesterday adopted the report on the Budgetary assignments for 2015, the same that shall be known by the plenary before the final vote on the document.

The National Assembly does not propose changes to the document submitted by the Executive branch. The report states that the Budgetary assignments comply with constitutional provisions concerning the financing of recurrent costs and investment.

The draft states that considering the amount of funding needs for 2015, it has not yet reached the debt limit established in the Constitution.

The figures show USD 5716 million of shortfall (ie, expenditures are greater than revenues) and US $ 3090 million in expenses to pay debt.

The Finance Ministry has identified 22 sources of funding from multilateral, friendly governments and international private banks.