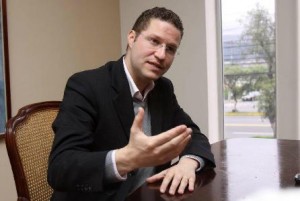 Mauricio Rodas, Mayor of Quito, said it was a surprise what ocurred yesterday with the vote of Antonio Ricaurte in favor of the Alianza PAÍS block. So he said in a dialogue with Ecuavisa TV: “The people of Quito are those whow should judge that attitude and of course, he will have to explain it to the citizens,” he said.

Rodas said that despite what happened with Alianza PAÍS councilors, the conformation of the commissions is not blocked. Regarding this, he claimed that the Commission Board shall create the commissions within the Municipality of Quito.

This decision is fixed by Ordinance 003 that was approved by the Council on May 31.