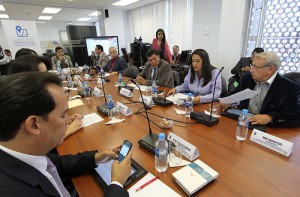 The Commission of Autonomous Governments and Territorial Organization of the Assembly seeks to know the progress in the solution of border disputes at national level, four months before the expiry of the deadline.

The Law on Territorial Limits setting states that local governments must resolve their differences until April 2015. The rule provides several mechanisms, some are amicable and other administrative, but it is also provided the invitation to a plebisciteso that citizens decide their territorial belonging.

“The resolution of the territorial conflicts requires a mature attitude of mayors, prefects and legislators. We have to contribute for the peaceful resolution of disputes,” said Assemblywoman Paola Pabón (AP).