Commission received views on the term of reelection 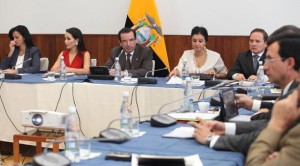 The Occasional Commission, which is in charge of the draft constitutional amendments in the Assembly, this November 17 received several criteria on the modification that seeks to eliminate the limit for the reelection of the President and other popular elected officials.

This, within the work schedule that the suborganism developed, as part of the drafting process for the first debate.

The Constitutionalist Rafael Oyarte said that it was a mistake of the Constitutional Court (CC) raising the issue of re-election for all popular elective dignities along with the presidential reelection.

According to him, these two concepts cannot be compared because one thing is the presidential power in a republican presidential system and another thing the power of an Assemblyman.