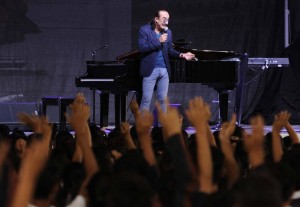 Two contracts signed by the Provincial Government of Guayas during the term of Rolando Panchana, as part of the Preventive Revolution Against Drugs program received comments from the Comptroller´s office. These are contracts of October and November 2014, related to events in which pianist Raul Di Blasio participated.

One of the reviews was conducted to a $ 1’792.000 contract between the Pronvincial Government and the H. D. C. Producciones company for 60 motivational lectures given by Di Blasio to students.

According to the findings of auditors, the Technical Commission that was in charge of that contract did not verify the minimum capital requirements, prior to its qualification and award.

Remittances from Ecuador increased by 46.03%