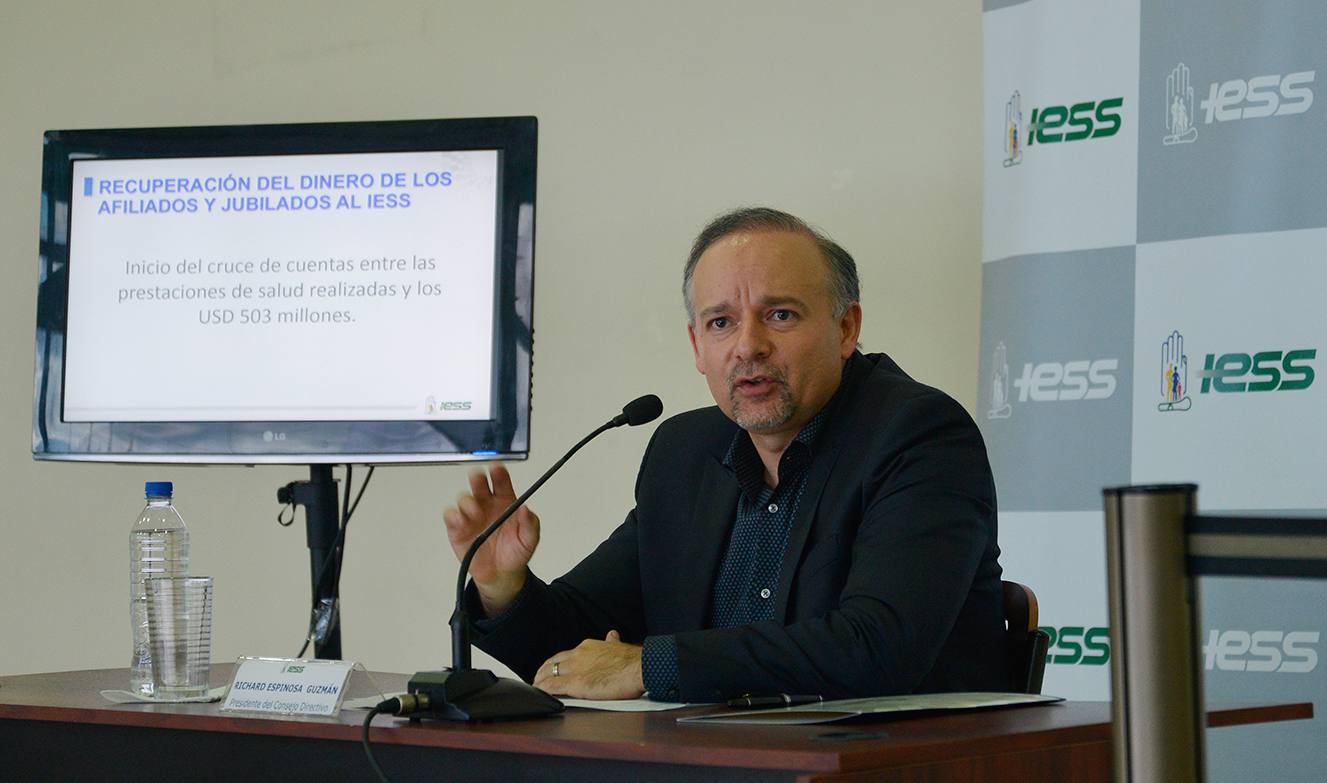 The Ecuadorian Institute of Social Security (IESS) would have suffered a damage of $ 503 million by supposedly paying excessive prices for medical care to 36 private hospitals, denounced the president of the agency Richard Espinosa.

The information was based on a final report of the Comptrollership that analyzed the period between January 1, 2012 and August 31, 2015, during which Ramiro Gonzalez, Fernando Cordero, Hugo Villacres and Espinosa himself were presidents of the state agency.

Espinosa assured that there are owed values in this process, but promised to recover the money overpaid through a settlement of accounts.

According to Espinosa, the final report of the Comptroller shows that overpayments were made without complying with the established tariffs were made in Guayas and Pichincha.