The Court of Judgment of the Bribery case 2012-2016, regarding the former Ecuadorian president, Rafael Correa, carried out the following analysis to arrive at a first instance sentence that speaks of his guilt in the degree of mediate author, by instigation, of the crime of aggravated own passive bribery. He was sentenced to eight years in prison. 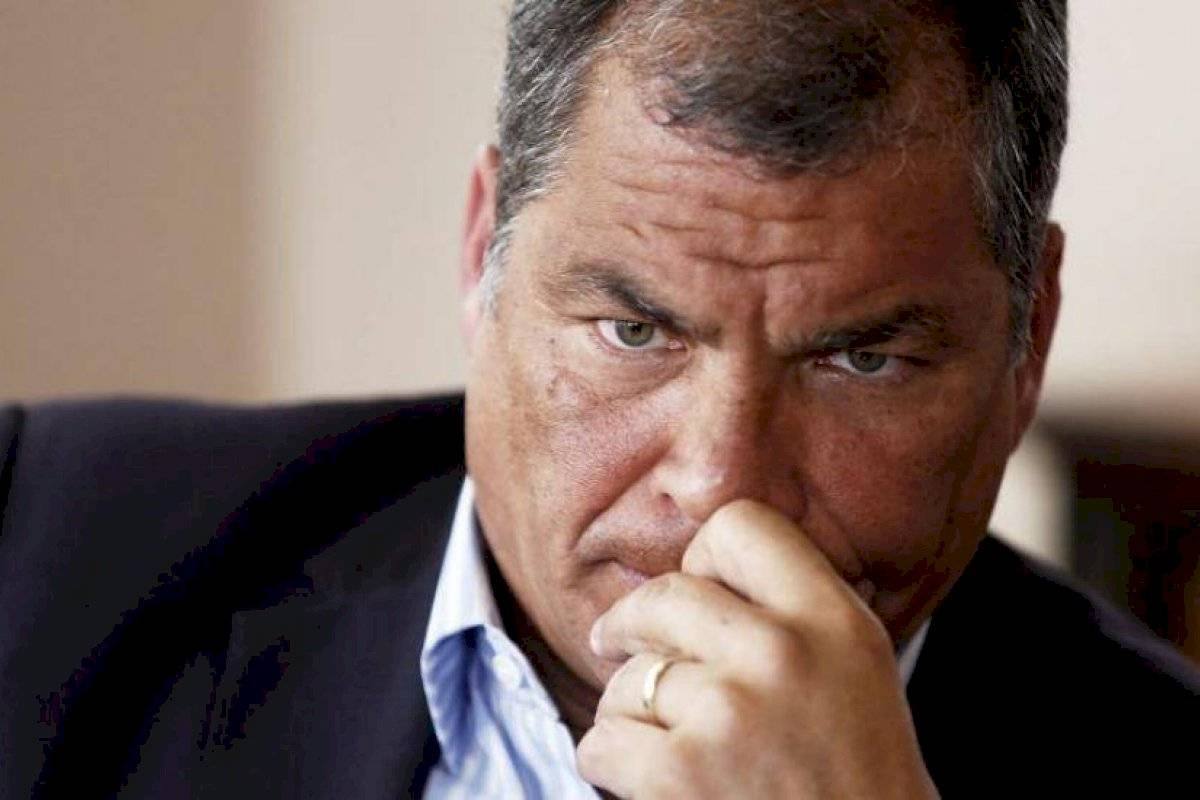 The Trial Court denied the defense of the exmandatario the requested clarification and extension resources to the sentence and the process is waiting for a ruling on whether or not to give way to the appeal made also to the sentence, not only by Correa but by the remaining 19 sentenced, and thus contradict the arguments used by the first-level court.

If this happens, the appeals court that will review the appeals must confirm and announce the date for the appeal hearing.

ANALYSIS OF THE COURT OF JUDGMENT THAT IS PART OF THE JUDGMENT:

“The defendant RAFAEL CORREA, exercised his functions as Constitutional President of the Republic of Ecuador (2007-2017), with total power concentrated in his hands, in the manner of an ‘autocrat’, this is controlling the five functions of the Ecuadorian State ( Executive, Legislative, Judicial, Electoral and Transparency), which was exacerbated to the point of defrauding his role as President of the Republic, within society, violating the very institutionality of the Ecuadorian Government as such; and, in this way, adapting its conduct to the crime of aggravated passive bribery itself, since, in the Presidency of the Republic, it created a platform of corruption made up of public and private officials, in which the defendant PAMELA MARTÍNEZ,As her extremely trustworthy advisor, she was the person who received the illicit economic benefit, via “invoice crossing”, given by several businessmen, now prosecuted, in exchange for both contract awards to the companies involved in the bribery plot.

Precisely, the autocratic way of exercising power, explains that the conduct of the defendant RAFAEL CORREA, was in no way ‘neutral’, just as he wanted to leave his technical defense floating in the environment, not only without any basis to guarantee that, but until in a candid and futile way; In this context, it should be added that the receipt of undue money, had as a subterfuge the payments of loans, feasts, rallies, government propaganda or private security, but the evidence evacuated in the trial hearing, was incontrovertible to determine that the accused RAFAEL CORREA, made arise on a group of people, specifically on a group of public officials of their entire trust -through a psychic influence-, the resolution to carry out the unjust aggravated own passive bribery.

In this line of approach, it is also important to reaffirm that the corruption structure was so well planned that the receipt of illicit money was reported to the accused RAFAEL CORREA AND JORGE GLAS, who ran the public contracting system in Ecuador, in the extent to which several of the contracts awarded to corrupting companies were awarded under an emergency regime, based on Executive Decrees, drawn up by the ALEXIS MERA defendant and signed by the former President, RAFAEL CORREA, thus configuring the top hierarchical role of management that the latter maintained, within such a structure.

The noted, was evidenced above all during the period between 2012 and 2016, where the Government’s management and execution undertaking, in strategic sectors such as oil and road construction, was concentrated in the hands of the accused RAFAEL CORREA, through people you trust, such as the defendants MARÍA DUARTE and WALTER SOLÍS , in the Ministry of Transport and Public Works and the National Secretariat for Water.

For the rest, this first-level Court considers it essential to refer to at least four certain and proven premises, of special importance that further credit the degree of participation that the defendant RAFAEL CORREA had, that is, as an instigator, as a form of mediate authorship – by the principle of legality: article 42.2.a COIP-, of the crime of own aggravated passive bribery, and which are the following:

a) That, the defendant RAFAEL CORREA demanded the delivery of illicit money for himself, the result of bribes , so much so that, in frank exercise of his leadership within the corruption plank, he received the deposit of $ 6,000, in his account personnel, who kept it at Banco del Pacífico, which was revealed, not only based on the univocity, frontality and transparency of the anticipated testimonies of the defendants PAMELA MARTÍNEZ AND LAURA TERÁN, but was also corroborated with the testimonies provided by Cristian Paredes, Eduardo Sánchez, officer of Banco del Pacifico, as well as for the action and testimony of the expert witness Milton Jaque (materialization of the emails of the accused Laura Terán);

b) That the defendant RAFAEL CORREA, through the defendants JORGE GLAS and PAMELA MARTÍNEZ, demanded undue money from the Odebrecht company, which was confirmed with the early testimony of José Santos, Superintendent of said company;

c) That the defendant RAFAEL CORREA, through the defendants JORGE GLAS, WALTER SOLÍS, MARÍA DUARTE and VINICIO ALVARADO, requested $ 1,000,000 from the defendant PEDRO VERDUGA , who served as president of the company EQUITESA SA and the EQUITESA Consortium – EQUITRANSA, which was verified with the testimony given by the co-accused PEDRO VERDUGA;

d) That, within the corruption scheme, the defendant RAFAEL CORREA had its own codes: SP (Mr. President), RCD (Rafael Correa Delgado), RC (Rafael Correa) and A1 , in order to conceal their identity, which , was justified with the anticipated testimonies of PAMELA MARTÍNEZ and LAURA TERÁN, the same ones that keep harmony and legal syndication with the actions and testimonies of the experts Marco Pazmiño, Oscar Cifuentes, Milton Jaque, Henry Yépez and William Castro.

Under the detailed reasoning ut supra, this Court of first instance is convinced of the criminal guilt of the defendant RAFAEL CORREA , who acted as instigator, who by principle of legality, assimilates him within our legal system, as a form of Mediate authorship, this is advising other public officials, now prosecuted, to commit the aggravation of their own aggravated passive bribery, in the terms of article 42 CP [today 42.2.a) COIP].

In addition, the defense hypotheses of the aforementioned defendant, became mundane, muddled and chaotic, that is, they rambled on insubstantial matters, lacking evidence or unrelated, which ranged from trying to discredit the proof of charge, especially a certain expert evidence, going through promoting the idea that within the Presidency of the Republic, there was a supposed Solidarity Fund, until disqualifying the theory of mediated authorship by organizational domain, which was proposed by FGE, but from simple denial, without the legal capacity to even propose another one of the several theses that exist on the matter.

All of which further abounds to justify that the defendant RAFAEL CORREA subsumed his conduct in the unjust aggravated passive bribery of his own, which is part of the so-called “crimes of breach of duty” and more specifically of the “crimes of officials”, because he undoubtedly contravened the principles of transparency, responsibility, dignity and trust, typical of his role as first president of the Republic, that is, with his criminal actions, he defrauded the Ecuadorian citizens who trusted him, to lead the destinies of our country , in an honest, dignified and responsible way, apart from corrupt floorboards, evil of the social fabric that is the duty of the administration of justice, to extirpate ”. (I)

Electoral schedule has already started with two procedures for voters