Controversy over migrants who would be recorded as if they had voted in 2014, without being authorized 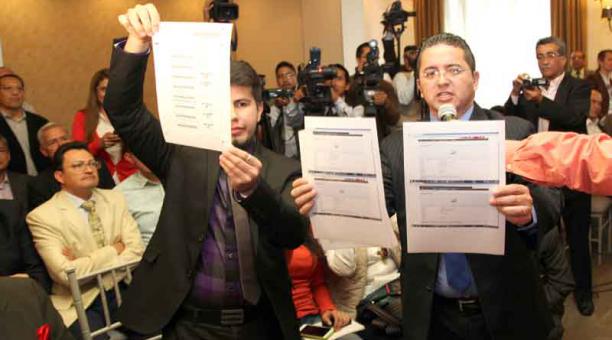 The list includes names of all kinds. Soccer players abroad, relatives of former civil servants, singers and even journalists. They supposedly appear in the electoral register as if they had voted in the 2014 regional elections.

But by being abroad, by law they were not eligible to vote. That list, within a folder filled with documents, was submitted by the National Agreement for Transparency organization to the Attorney General´s Office to investigate there were anomalies in these elections.

This June 30, 2016, on social networks, some of the persons listed as if they had voted expressed their discontent. “Somebody please explain me how I voted when I never voted,” newscaster Galor Arellano wrote in Instagram.”