Once the judgment in the Bribes 2012-2016 case is final, other constitutional and legal sanctions would be activated that will prevent the 20 accused from being candidates for any dignity of popular election. 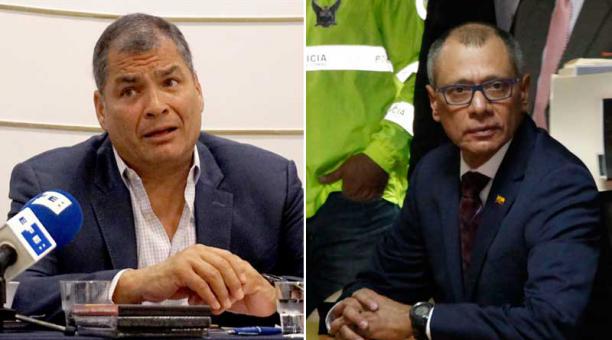 In its first instance ruling issued on Tuesday against ex-presidents Rafael Correa and Jorge Glas and 18 others indicted, the Court of the National Court of Justice (CNJ) sentenced them to lose their participation rights for 25 years, as recorded in Article 68 of the Organic Comprehensive Criminal Code (COIP).

The Constitution establishes eight participation rights: to choose and be elected, to participate in matters of public interest, to be consulted, to supervise acts of the public power, to revoke mandates of an authority, to carry out public positions based on merits, to form parties or political movements or to be adherent or affiliated to one of them, and others.

But also, in article 113, 223 of the maximum norm, and in article 96 of the Democracy Code, it is determined as a prohibition that a person convicted of crimes against the public administration, as in this case, bribery, cannot be candidate of popular election. This was approved in the popular consultation of February 2018, which also amended article 68 of the COIP.

Electoral analyst Fausto Camacho believes that if until September, when the registration of candidates for the presidential and legislative elections of 2021 begins, the sentence is not carried out, Correa could register as an Assemblyman from abroad when he has his residence in Belgium. But “the immunity for being a candidate established by the Code lasts only days before the proclamation of results, and if he wins he must come to take possession”, and could be detained for the validity of an arrest warrant against him in the Balda case. . (I)