Cooking recipes jumped from books to the Internet 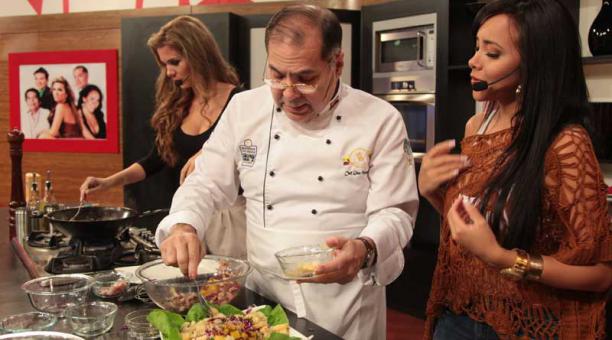 Cuisine in the home field has experienced changes, at the same time recipes have evolved. Chef Dimitri Hidalgo, president of the School of Hospitality and Services at Universidad Tecnológica Equinoccial, points out that personalities like Alberto Guzman, founder of the first school of gastronomy: Centro de Formación Hotelero Alberto, with more than 34 years in TV, nor the Uruguayan cook María Rosa Hemala, of the Ecuavisa network, or Cuban Mariaca Valdé with her show ‘Mariaca en su salsa,’ are renowned faces that inspire trust. Their recipes have passed to the digital world where authorship is not the important thing, but the feasibility to make them at home. The Internet has usurped their place. With a couple of clicks, you get the recipes you need.

Jamie Oliver has positioned himself on the internet. The English cook promotes healthy eating and is a reliable source. Hidalgo points out that in the country, although he is well known, his recipes are restricted to the English speaking public.
One of the blogs that has managed to promote the Ecuadorian cuisine is Laylita.com, by Layla Pujol. From Seattle, US, Pujol comments in an interview via Skype that her idea was born to share Ecuadorian gastronomy in a foreign country. The welcome of the people helped her to publish the Ecuadorian recipes in English, Spanish and Portuguese. She says that her main audience is in the US and Ecuador. When writing ‘seco de pollo’ or ‘guaguas de pan’ in Google, the blog of Pujol appears first. (I)