Cordicom is working on regulations for defenders of audiences 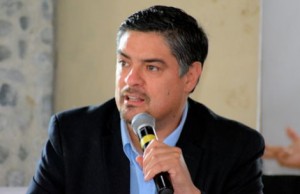 The Council for the Regulation and Development of Information and Communication (Cordicom) is preparing regulations for the operation of the defenders of audiences and readers, said Patricio Barriga, President of the Cordicom.

The defender of the audience and the readers will be operational from January 2015, after the Council of Citizen Participation and Social Control (Cpccs for its Spanish acronym) culminates with the the examination of competitiveness and opposition.

The regulations of the Cordicom will be studied next week. Barriga said that the law will regulate the employment situation.

In an informal discussion with media executives that was held in Guayaquil, Barriga said that the defender will be a mediator and his work will be on published or broadcast material. He denied that the same acts as a spy working in editions, as detractors of the Communications Act have claimed.