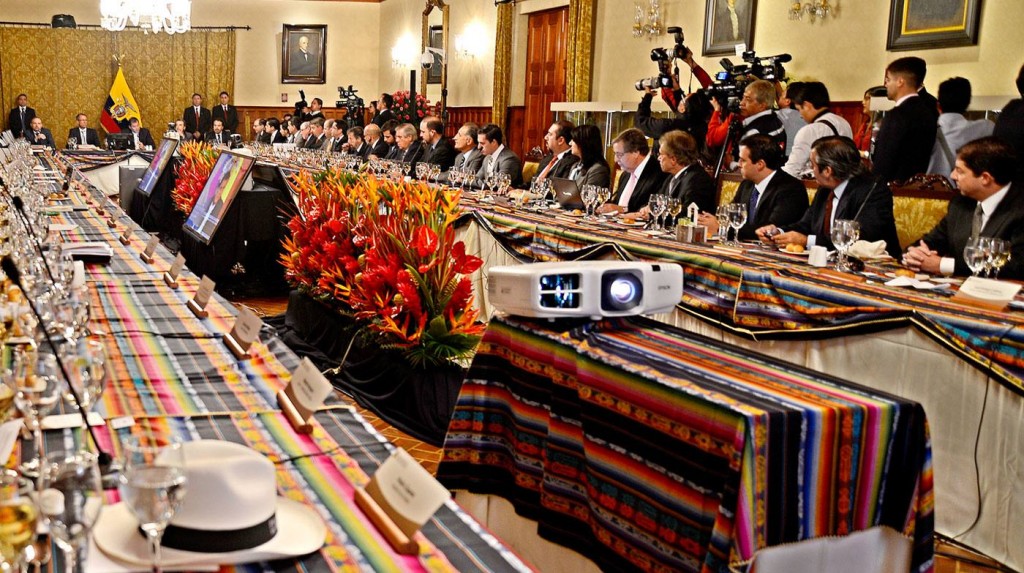 Yesterday, an appointment to discuss the regulation of foreign trade and productivity was held in Carondelet. Entrepreneurs of the exporter, industrial and trade sector talked with President Rafael Correa, Vice President Jorge Glas and the Ministers of the Economic Area.

Correa and the Minister of Production, Richard Espinosa, noted that the meeting was a workshop. It was held behind closed doors but the President added that since the beginning of his government it has been understood that “the private sector is essential for the progress of any country.”

Furthermore, he assured that three years ago within the Production Code clear rules for entrepreneurship and that the Government would exist to seek more domestic and foreign private investment. Correa explained they seek to implement a formula for cooperation between public and private sectors, called “Swiss challenge.”

Espinosa added that during the workshop, which began at 13:30 and lasted until 18:00, entrepreneurs could express their concerns to the government on legislation to achieve its improvement.