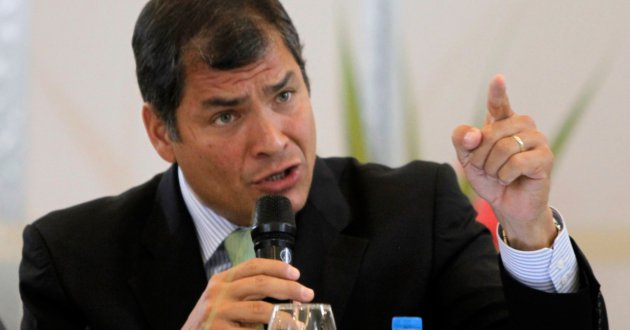 President Rafael Correa and his lawyer, Caupolicán Ochoa, are evaluating the possibility of setting up a new trial for alleged offense, against doctor and activist Carlos Figueroa. This judgment would be made by the statements made to the press about the version of the events of September 30 of 2010, on the occasion of the launching of the book “Testimony of a Commander,” written by the former General Ernesto González.

He also noted that he can now speak freely because they can not sentence him twice for the same offense.

Ochoa argues that these statements constitute an offense of recidivism, as defined in article 57 of the Code Integral Criminal (COIP) which states: “it is meant by the term recidivism to committ a new offense by the person who was convicted by final judgment. The recidivism will only proceed on offenses with the same elements of intent and guilt typicity, respectively …. “

If the person repeats, it would be imposed on him the maximum penalty provided for the offense, increased by one third.

Ochoa also said that if Figueroa “wants to continue issuing his provocative version, he will have to take responsibility for violations he eventually makes.”